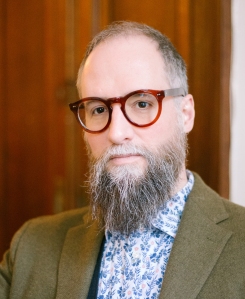 Geoffrey MacDougall is an accomplished leader and strategist in innovation change management. With more than two decades of experience in fundraising and advocacy, MacDougall has raised more than $75M in public, private, and philanthropic funding for start-ups, nonprofits, and established companies, and engaged millions of people in advocacy campaigns.

Geoffrey served as the Vice President of Development at Consumer Reports (CR), where he developed strategy, built partnerships, and secured resources to protect consumers’ interests in the marketplace. He was a pivotal force in the creation and launch of the Digital Standard, an open and collaborative effort to create a digital privacy and security standard to help guide the future design of consumer software, digital platforms and services, and internet-connected products. He was also instrumental in the creation of CR’s new model for distributed consumer power, engagement, and participation, which underpins the design of its membership program.

Prior to joining CR, MacDougall served as Vice President, Engagement, for the Mozilla Foundation, where he lead the design and development of Mozilla’s strategic development (fundraising and investment) program, as well as its policy and advocacy program. In this role, he established partnerships with premier philanthropic institutions and was a driving force in the StopWatching.Us campaign and the 2015 Net Neutrality grassroots advocacy victory.

Geoffrey has also served as:

A design junkie, MacDougall divides his time between Manhattan and Roxbury, NY where he and his family are restoring a 19th century farmhouse.